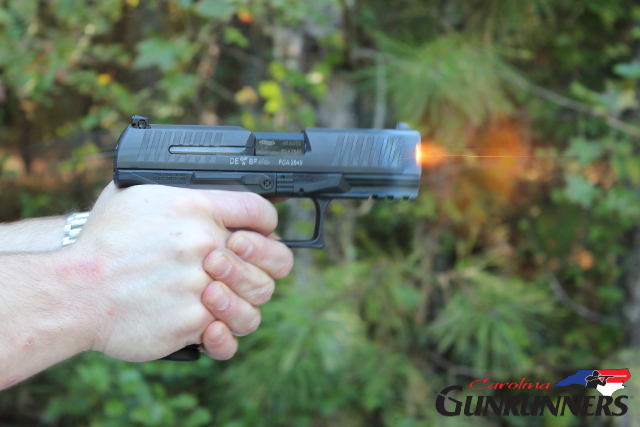 The Walther PPQ is to handguns what Rodney Dangerfield was to comedians: It can’t get no respect. The PPQ offers a lot of great features (interchangeable backstraps, adjustable sights, good grip texture, forward cocking serrations, and a trigger that’s best in class) but for some reason, most people wouldn’t rank it on the same level as similar guns from Glock, S&W, or HK. The PPQ was released a few years back in both 9mm and 40S&W. They have had a good reputation, but again, most folks overlooked them for pistols from some of the other manufacturers.

We’ve always liked the PPQ, so when we got wind that they would be releasing one in .45ACP, we just had to get one out to the range to test it out. We weren’t surprised by the results: it’s a .45 caliber thumper that’s more accurate than we are and boringly reliable. 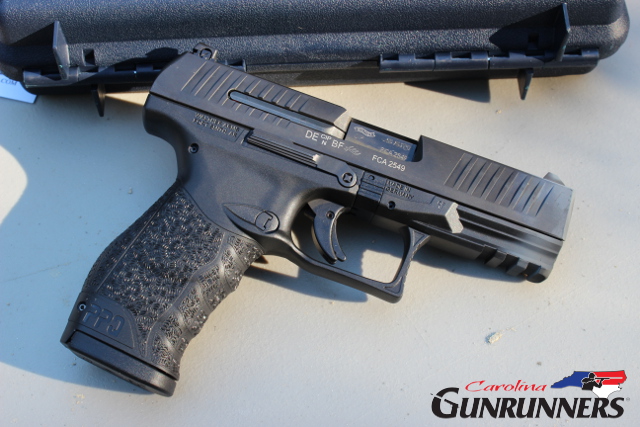 We loaded up the Walther PPQ .45 and 200 rounds of 230gr .45ACP ball ammo and ran out to the range on a beautiful afternoon. We’ve been doing these gun reviews for a while now and when a gun just works like it’s supposed to work, it isn’t terribly exciting. Having shot most of the cool new pistols on the market, for something to be exciting to us it needs to be extremely accurate and easy to shoot, or really awful. The PPQ wow’d us with it’s accuracy with the first rounds fired from it at 7 yards: 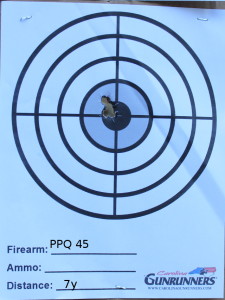 The 10 yard target was just a marginally bigger group than the 7 yard: 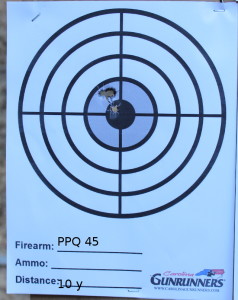 The group opened up a little bit at 15 yards, but still very much acceptable. 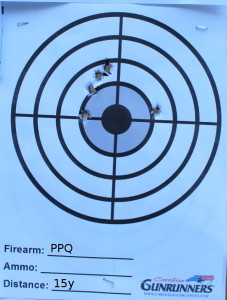 The first two pistols that came to mind that we should compare the Walther PPQ .45 to were the Glock 21 and the HK45. Height wise, the PPQ .45 fits right in between these two. 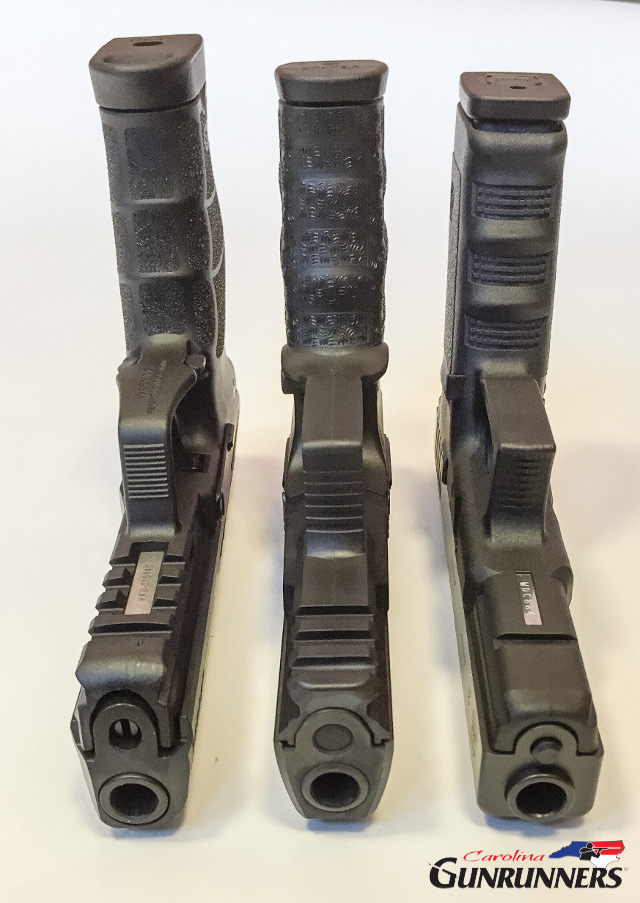 The PPQ .45 holds 12 rounds in the magazine compared to the Glock 21’s 13 rounds. Interesting given the PPQ is a little taller in the above picture and has a round less capacity. 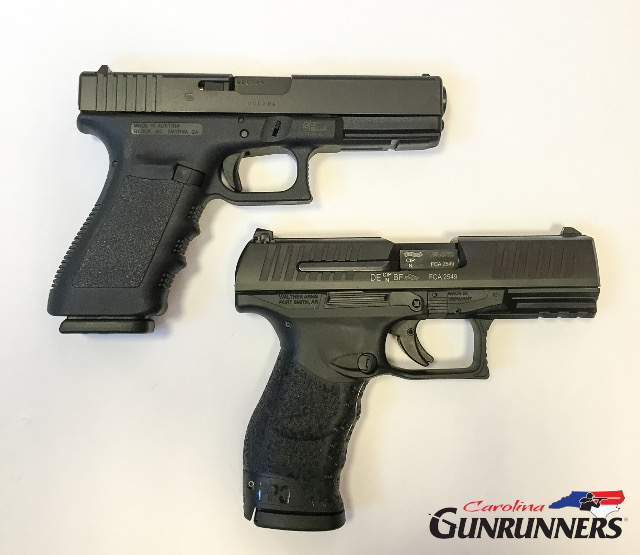 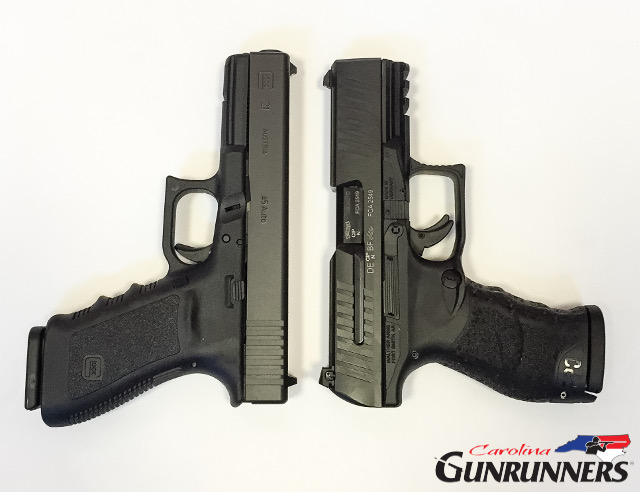 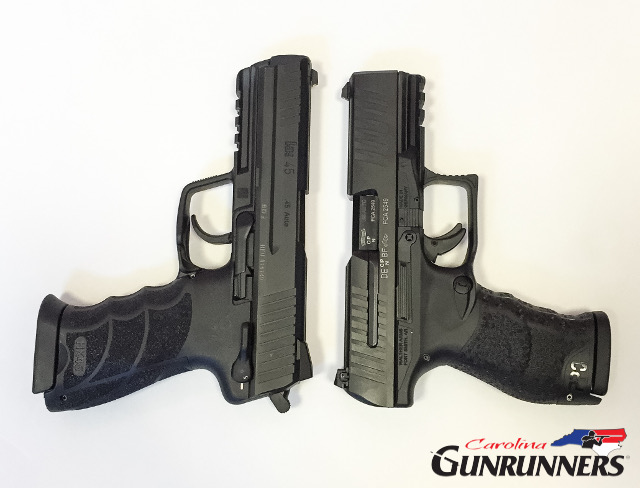 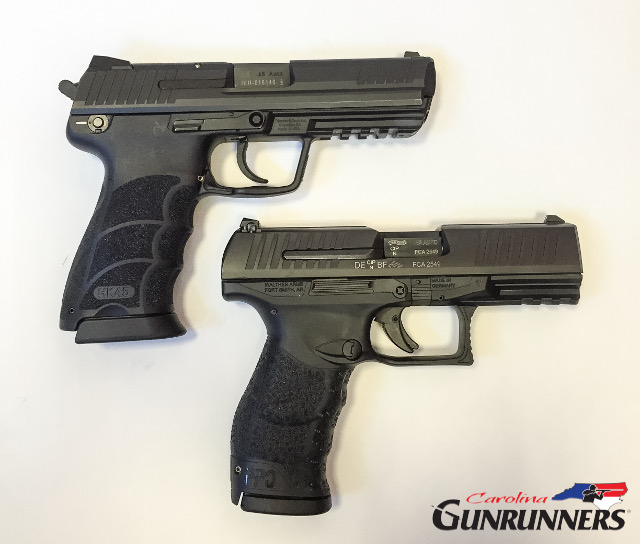 There are two things that stand out about the PPQ 45. It has what we believe is the best stock trigger on the market for a full size semi-auto pistol and it’s very accurate. It’s also reliable, comfortable, and reasonably priced at just over $600. What more can you ask for?