With the expansion of concealed carry rights across the country over the past several years, the market for pistols that are easy to carry has exploded. This resulted in a race from many of the big name gun manufacturers to create the best single stack 9mm subcompact pistol for the concealed carry market.

For years and years we watched and waited for Glock to step up and release a single stack 9mm pistol, but Smith & Wesson beat them to the punch with the Shield. When the Shield released, it was the cats pajamas, sporting a lightweight polymer frame, 7+1 or 8+1 capacity, and most interestingly a trigger that was very similar to the bigger M&P pistols. After a lot of folks complained about the teeny tiny thumb safety on the Shield, S&W released a new version of the pistol without the thumb safety.

Springfield Armory followed the Shield to market with the XDs 9mm which has an ambidextrous magazine release, more aggressive grip texture, fiber optic front sight, a bull barrel, grip safety, and what some will argue is an even better trigger than the Shield.

These three single stack 9mm pistols were the ones to buy until early 2015 when we caught wind that Glock may be releasing the long awaited Glock unicorn; the Glock 43. When the official word came out on the Glock 43, a lot of folks were disappointed given that it only had 6+1 capacity, when the others listed above have at least 7+1.

These four pistols have been the most popular single stack 9mm pistols in our store, so we decided to grab one of each and head to the range with them to see which one we really liked the best. 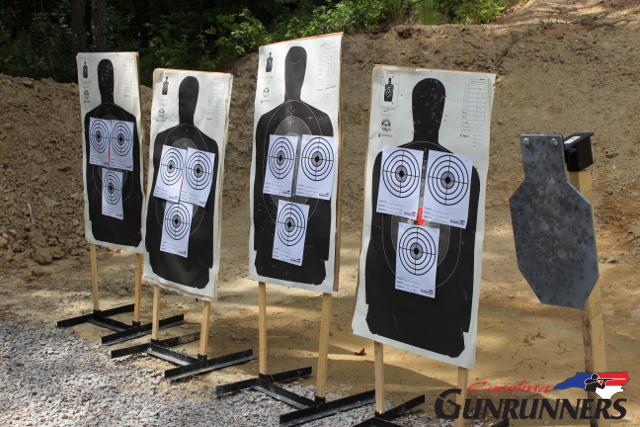 We shot each pistol for accuracy at 7, 10, and 15 yards off hand, and then shot a bunch more through them to judge reliability, etc. 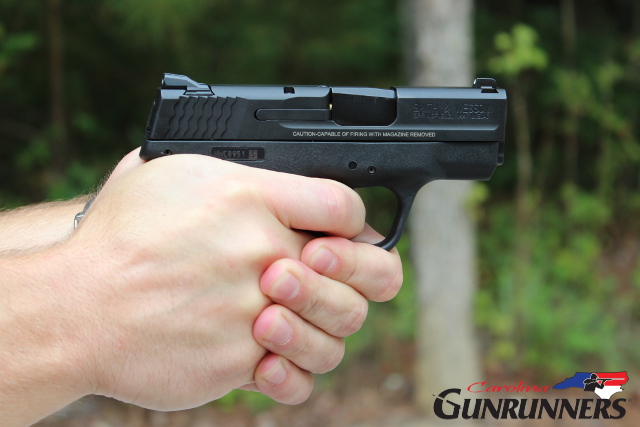 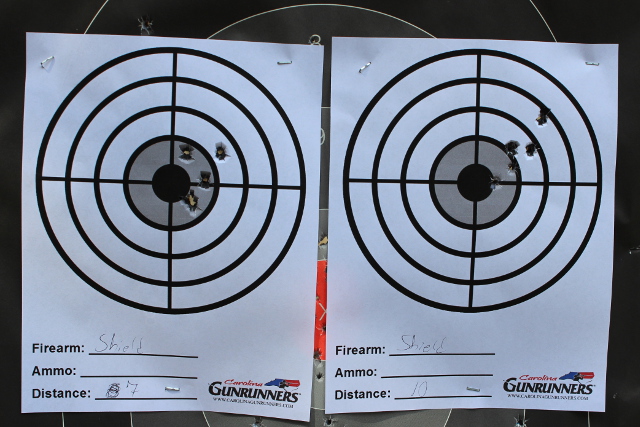 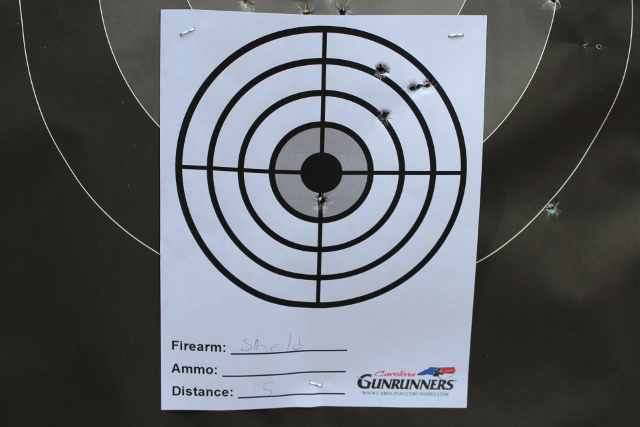 The groups aren’t bad, especially considering the size of the S&W Shield. 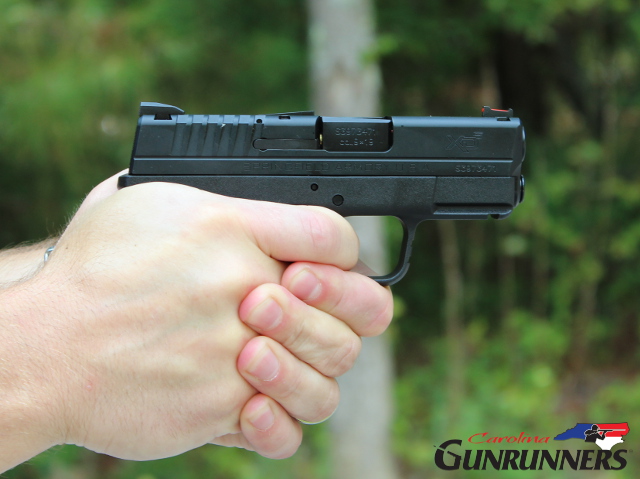 Next up was the Springfield Armory XDs 9mm. These groups were phenomenal. We found the XDs to be very easy to shoot. The group sizes would be great for a full-size pistol much less a pistol the size of the XDs 9mm. 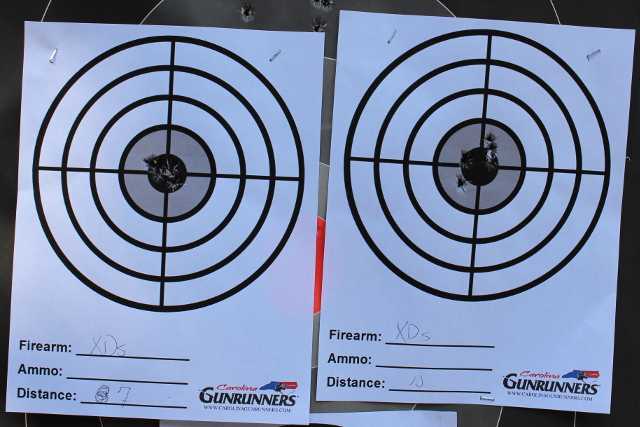 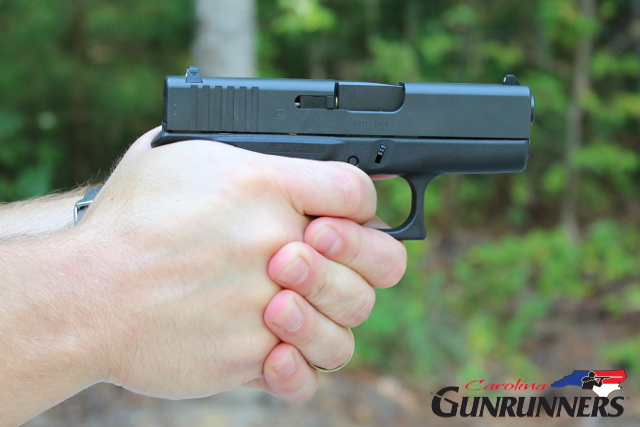 Third, we shot the Glock 43. The groups weren’t quite as tight as the XDs, but still impressive. 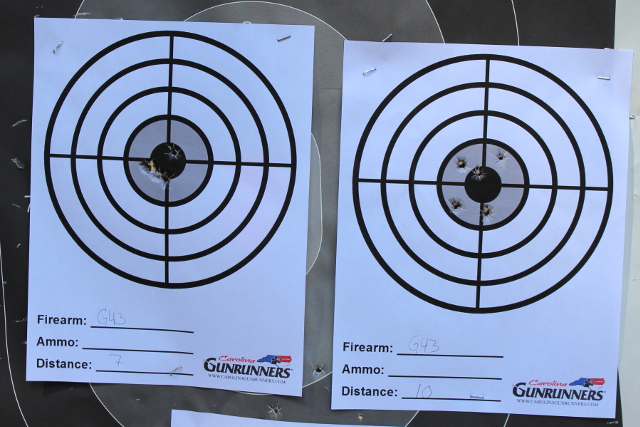 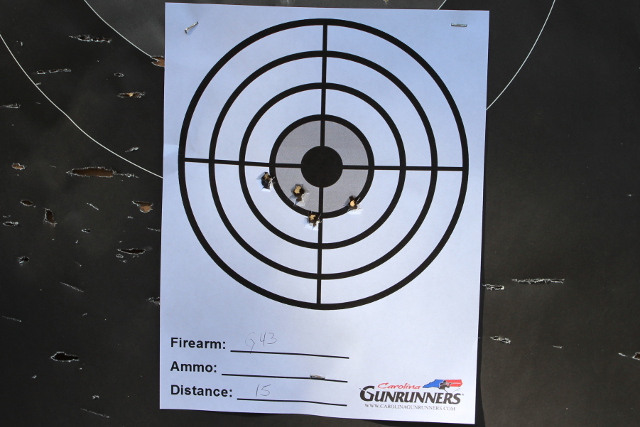 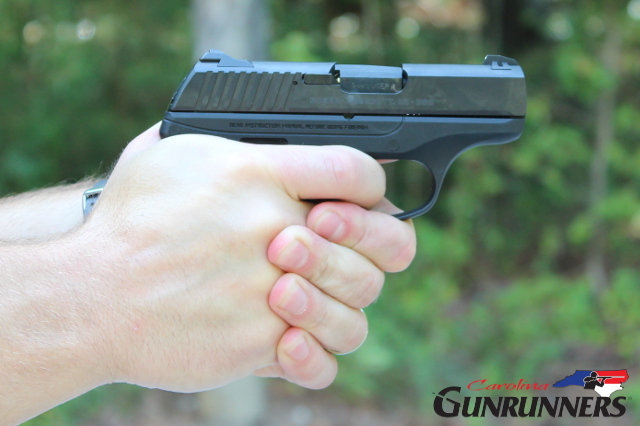 Lastly, we shot the Ruger LC9s Pro. Even with the improved trigger on the striker fired LC9s Pro, it proved to be harder to shoot than the other pistols tested, which lead to accuracy that wasn’t as good as some of the previously tested pistols. 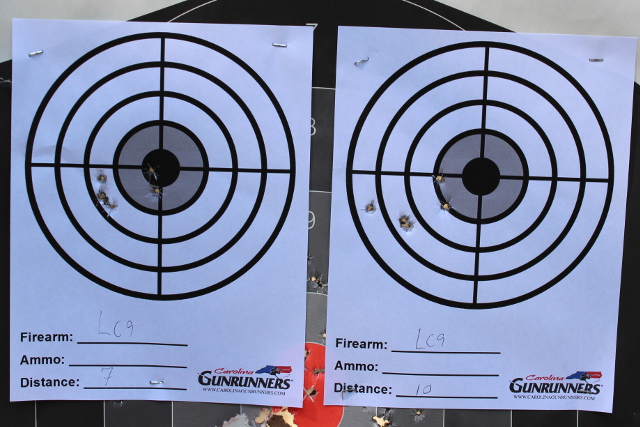 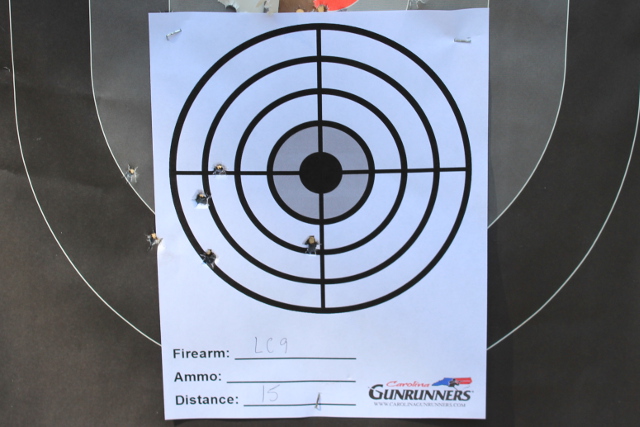 Clearly, the Springfield XDs 9mm was the most accurate pistol tested and the Glock 43 came in a close second. After we finished the group shooting, we took the XDs and Glock 43 back to 30 yards and ran several magazines of ammo through them very quickly. They both ate every round we put through them without issue and landed the majority of rounds fired on target.

Before we tell you the winner it should be noted that all of the pistols in this shootout functioned flawlessly. We didn’t have a single malfunction the entire time we were at the range. All of the guns tested were acceptably accurate and great options for concealed carry. There are a lot of different opinions on what the best single stack 9mm out there is and it all comes down to personal preference. What we believe is the best one out there may not be the best option for you depending on your personal preference.

At this point, we were very conflicted about which pistol would be the winner of the review. After waiting so long for the Glock 43 to be released, we were biased towards it and really wanted it to be the top dog. We narrowed it down to the Glock 43 and the XDs 9mm.

The XDs carries more ammo with the option to carry up to 9+1 and the Glock 43 is lightweight and small enough to pocket carry. They’re both very accurate pistols, reliable as all get out, and they’re both great options for concealed carry.

In the end though, we didn’t have any choice but to make the Springfield Armory XDs 9mm the winner of the shootout. It’s very reliable, extremely accurate, and offers the most options for the shooter: 7, 8, and 9 round capacity magazines are now available for the XDs, it ships with a fiber optic front sight that makes the front sight very quick to find, and it has interchangeable backstraps. At the end of the day, the XDs 9mm is the winner of the shootout because of the options it gives the shooter as well as it’s exceptional accuracy. It’s a fantastic pistol and we’re happy to announce that we’re going to give one away to a reader of this article.

Congratulations to James the winner of our XDS Giveaway! 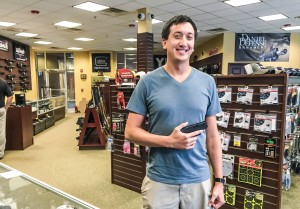