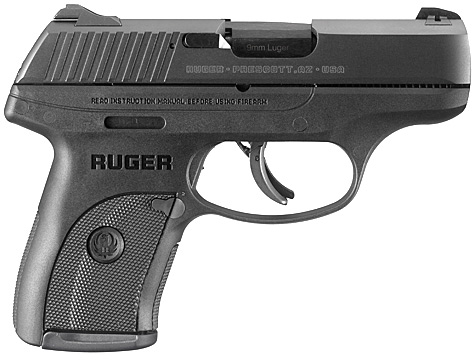 Ruger surprised the shooting community a couple weeks back with the release of the new Ruger LC9s, a striker fired version of the popular LC9 concealed carry pistol. The LC9 received criticism from shooters for its long, heavy double action trigger, which can be tough to manage on such a small pistol. The LC9s has a much shorter, lighter trigger than the LC9, leaving the shooter with less trigger pull to have to manage.

How Much Shorter is the Trigger?

Getting an accurate measurement of the trigger pull length proved troublesome, so rather than posting numbers and measurements, we decided to take a few pictures to illustrate the shorter travel of the LC9s:

How Do They Shoot?

We’ve received some questions from customers about the LC9s so we decided to take an LC9 and LC9s to the range and see if the different trigger mechanism really makes a difference. We took the two pistols and 100 rounds of Magtech 115gr 9mm FMJ to the range. The LC9s got shot first, then the LC9 switching back and forth every 10 rounds:

When heading out to the range with the pistols, we were a little biased thinking and hoping that the LC9s would shoot circles around the LC9. What we found was that the LC9s did shoot groups a little bit tighter than the LC9, but it was not as drastic of a difference as we were expecting. The LC9s was easier to shoot, requiring a bit less concentration to manage the shorter trigger. The trigger on the hammer fired LC9 is quite long, and the trigger weight stacks as the trigger is pulled, but the LC9s has a very light take-up, and a very smooth, lightweight pull after the take-up.

While this isn’t a full review of either pistol, it should be noted that both pistols functioned 100% while shooting them on the range, with no malfunctions of any kind from either pistol.

Can I Upgrade my Standard LC9 to be an LC9s?

Another question we’ve received about the LC9s is whether or not it would be possible to convert a hammer fired LC9 to be striker fired. After field stripping both pistols, we’re confident that the answer to that question is that it would not be possible. It appears that the pistols may share the same plastic grip frame, but all of the internals are different. The slides of the two pistols are also very different. The inside of the LC9s slide is milled unlike that of the LC9 to accommodate the striker mechanism, and on the LC9s, Ruger did away with the the big loaded chamber indicator that was present on the LC9 in favor of a witness hole at the rear of the chamber.

The Ruger LC9s is a great little pistol for concealed carry. The trigger is closer to what many shooters are used to from other striker-fired pistols on the market making it easier to shoot accurately than the hammer-fired LC9. It’s reliable, accurate, and comfortable to carry. If you’re interested in a Ruger LC9s, stop by the shop or give us a call!